Yōkan in both Japanese and Chinese (羊羹) literally means sheep thick soup and is a jelly made from red bean paste and served in a plastic tube, a bit like popsicle, though not frozen. As a child I used to eat them all the time but then they started to disappear from the market. I didn’t encounter it again until I was studying Japanese cuisine. With it being a vegan dessert, I wondered what connected it to sheep. Some sources indicate that in ancient China, yōkan used to be made of gelatin which comes from the skin and bones of animals, and it resembled the liver of the sheep, so it got the name 羊肝. Later when it was introduced to Japan, the 肝 character got confused with 羹 (I am not sure why, perhaps they have similar pronunciation – being “gan” and “geng” in Chinese?) so it got its present name. Since Buddhists don’t eat animal ingredients, they substitute the gelatin with agar, which later became the basis of modern yōkan.

I really like yōkan because it’s very easy to make. If you’re a fan of red beans this is a great dessert for you. It can be served at room temperature, or you can place it in the fridge to cool it a bit, so it tastes nicer on a hot summer day! 😛 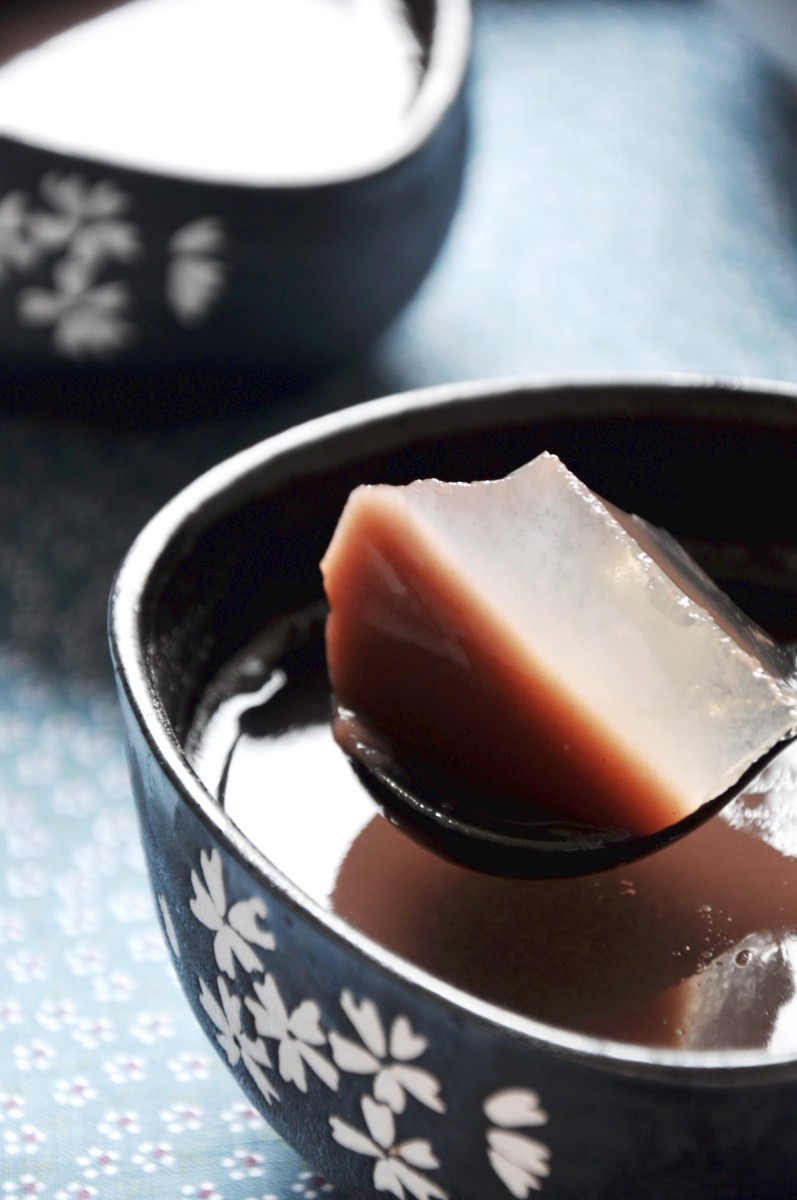 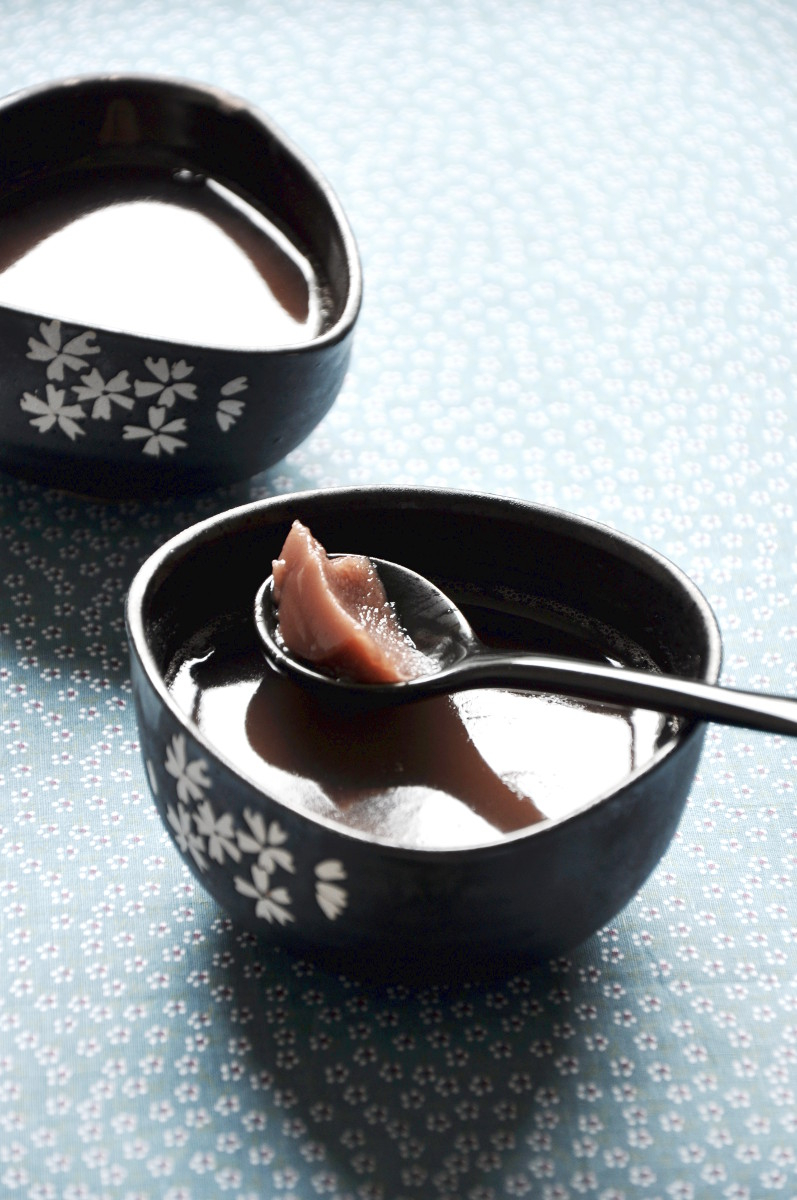