The first time I heard of seitan, I was reading a Western recipe book. Seitan is the Japanese name for wheat-gluten. Wheat-gluten originates from China and is an elastic mass made by kneading wheat flour dough then washing it with water to remove the starch. It is commonly used as an alternative to soy-based meat substitutes.

Deep-fried seitan balls, also called 油面筋, are widely available in markets in Shanghai and surrounding areas. It is made by rolling the seitan dough into small balls then deep-frying in hot oil. At the market I have seen people fill the balls with minced meat so I guess that’s how it is eaten traditionally. Since I am a vegan, I will just eat them plain or use it in a stir-fry dish. In the West those could be found in Asian supermarkets.

These seitan balls are far too oily, so I highly recommend boiling them first to remove the excess oil. I also use truffle and porcini powder; this was given to me by a friend and I don’t think this ingredient is widely available, so it’s OK to omit it. I use it to enhance the mushroom flavor, but even without it, this dish already has enough flavor to please you.

It’s such a great companion to a bowl of brown rice! 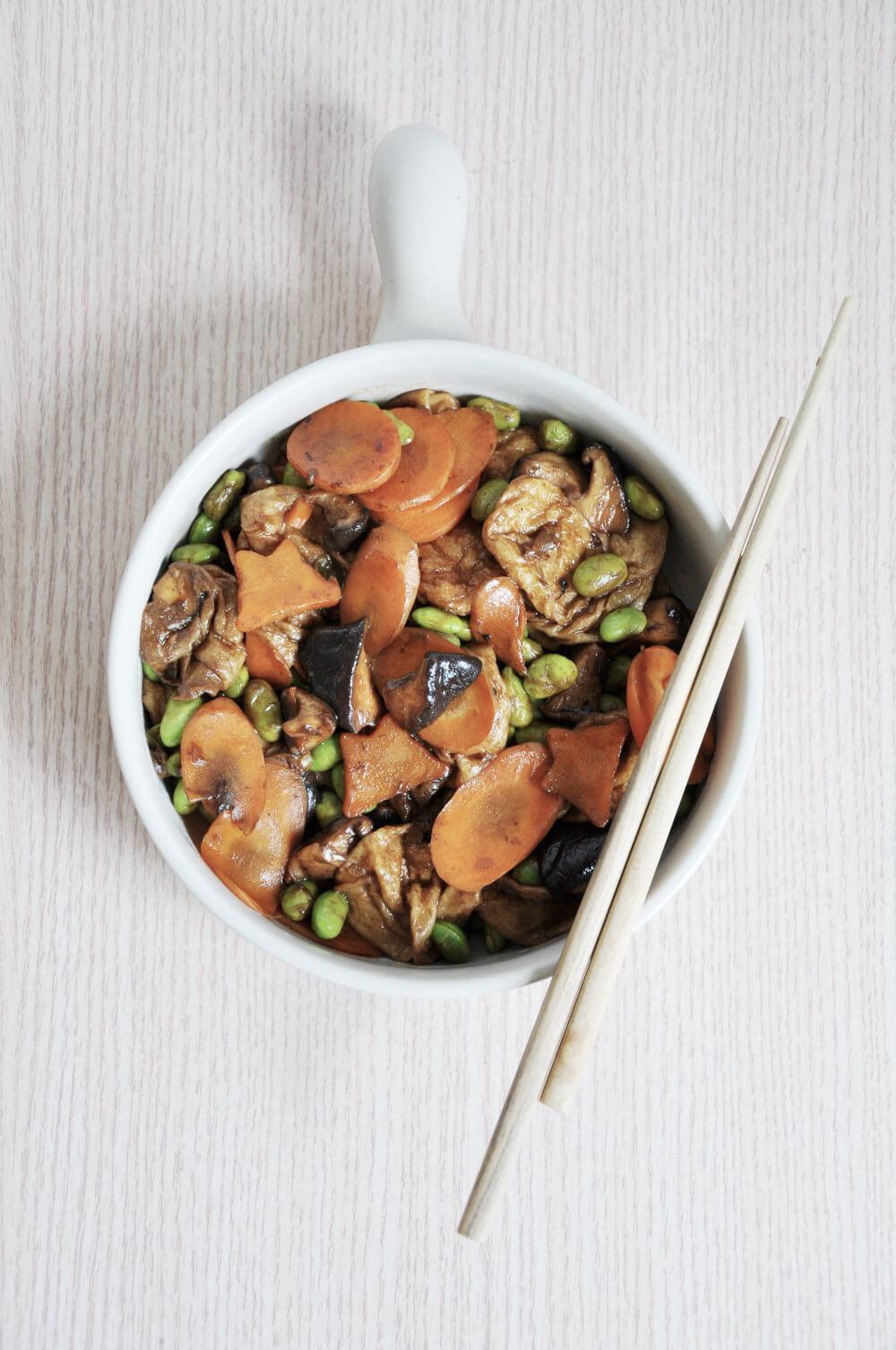 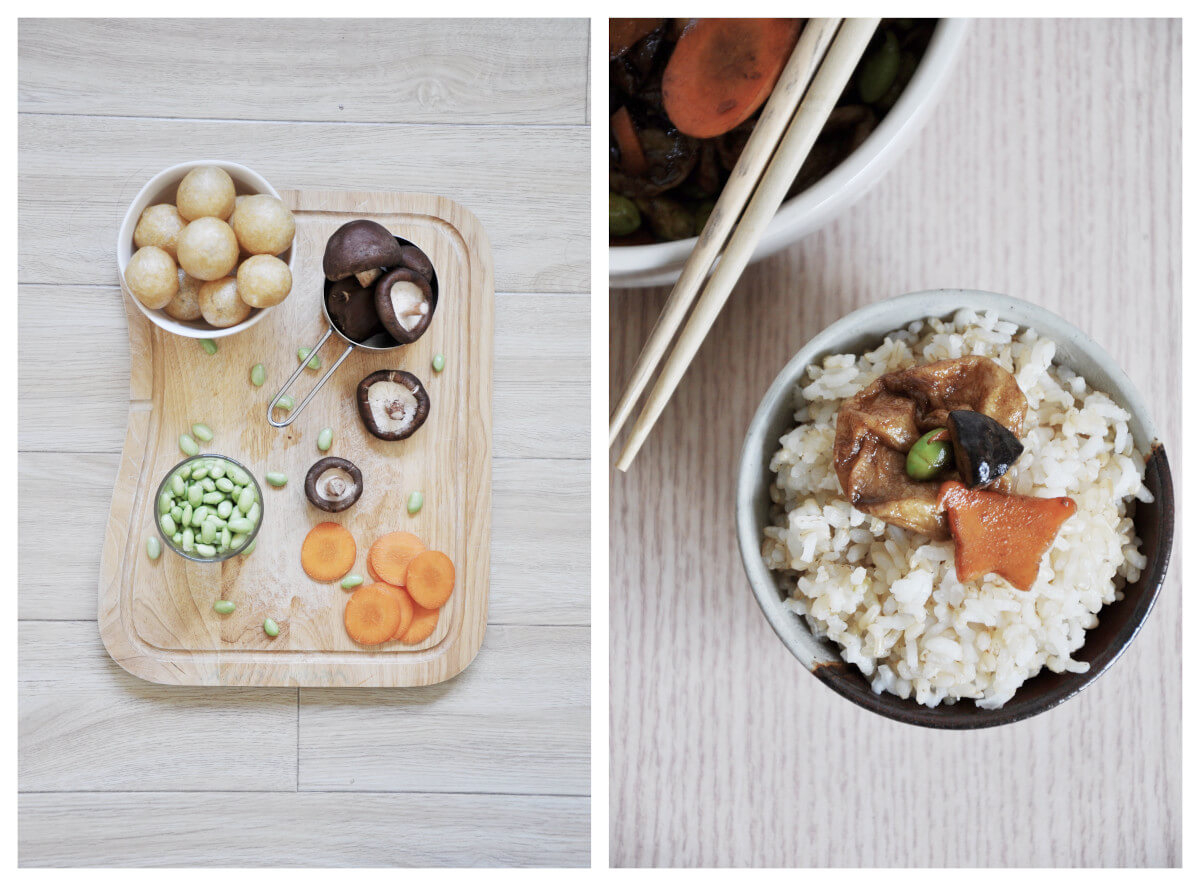