I had never heard of ratatouille until I saw the film of the same name. The story follows a little rat named Remy who dreams of becoming a top chef. Unlike other rats who only eat garbage to survive, Remy has a refined palate for French fine food. He admires human beings for their cooking skills and creativity in the kitchen. Maybe I should describe him as a prince in the slum. 😉 Later Remy goes to Paris, and makes friends with a young man who works at Remy’s favorite chef’s restaurant Gusteau’s, and gets a chance to practise his cooking skills under the cap of his friend. In the end he creates this dish that wins the critic’s heart. The food reminds the critic of his fond childhood memories, as his mom cooked the same dish for him when he was little. This dish is called ratatouille. 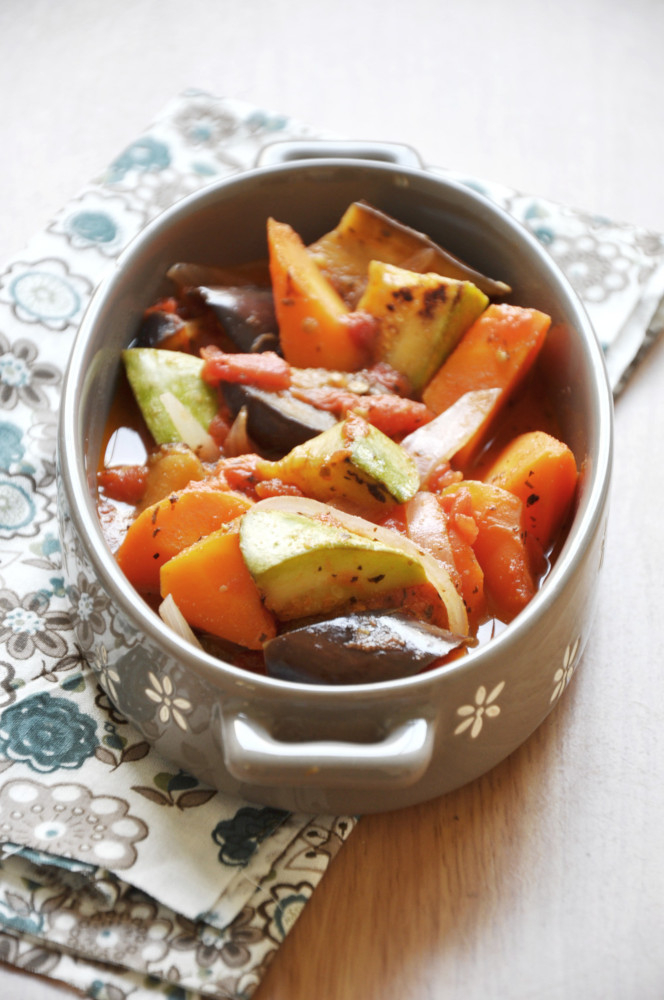 Ratatouille is very easy to make. The ingredients consist of common summer vegetables such as zucchini, eggplants and tomatoes. It’s basically a vegetable stew in a tomato sauce. However, there are different methods of cooking this dish. You can sauté all the ingredients; bake them in the oven, or simmer them in a saucepan. The movie features a more refined method called “confit byaldi”, popularized by chef Thomas Keller. It takes a very long time to cook, but the final result is very beautiful. Ratatouille doesn’t look appetising but it’s quick to cook, and it has the same yummy and homy taste that I can always happily devour in no time. 😀 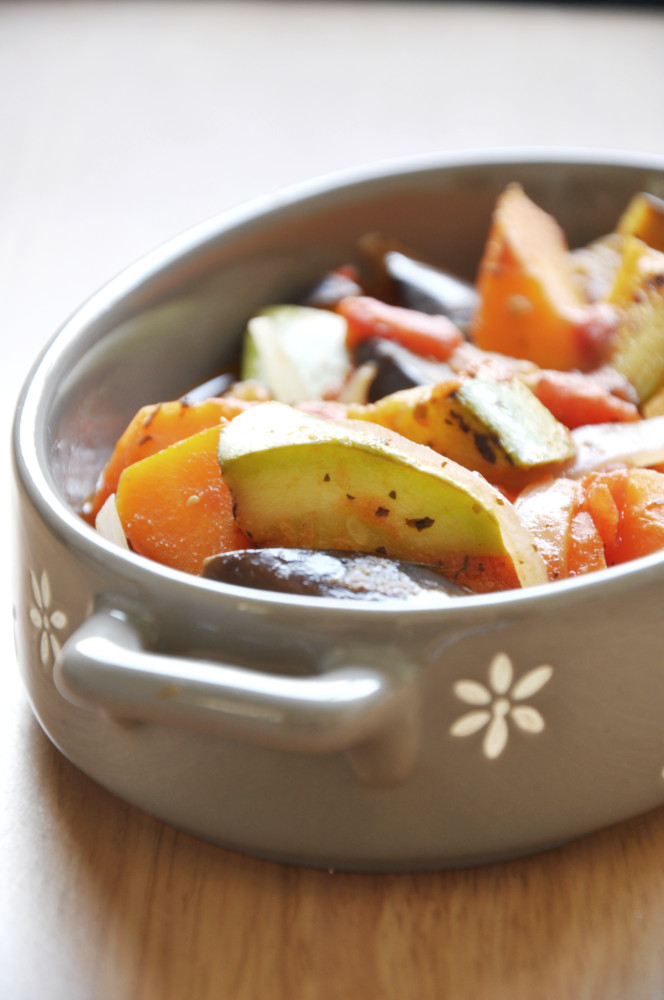