I have always been fascinated by ruins and lost civilization. The mystery those once buried places left, through ruins of once glorious palaces, temples, streets and residential areas, always arouses the deep interest in me. So when I learnt there is also one in Santorini, I decided that I must pay a visit.

The ancient Thera was located on the top of the mountain called Messavouno. A long z-shaped road leads to the gate and it takes from half an hour to one hour to climb there, depends on your speed. I must notify you that they close it as early as 3 pm, so if you decide to climb up yourself, you must plan early so you have enough time to explore the place. We were already super late after we got off from the bus from Fira (you can take bus from Fira to Kamari and get off at the foot of the mountain where Ancient Thera is), so we decided to hire the mini van to take us to the top. 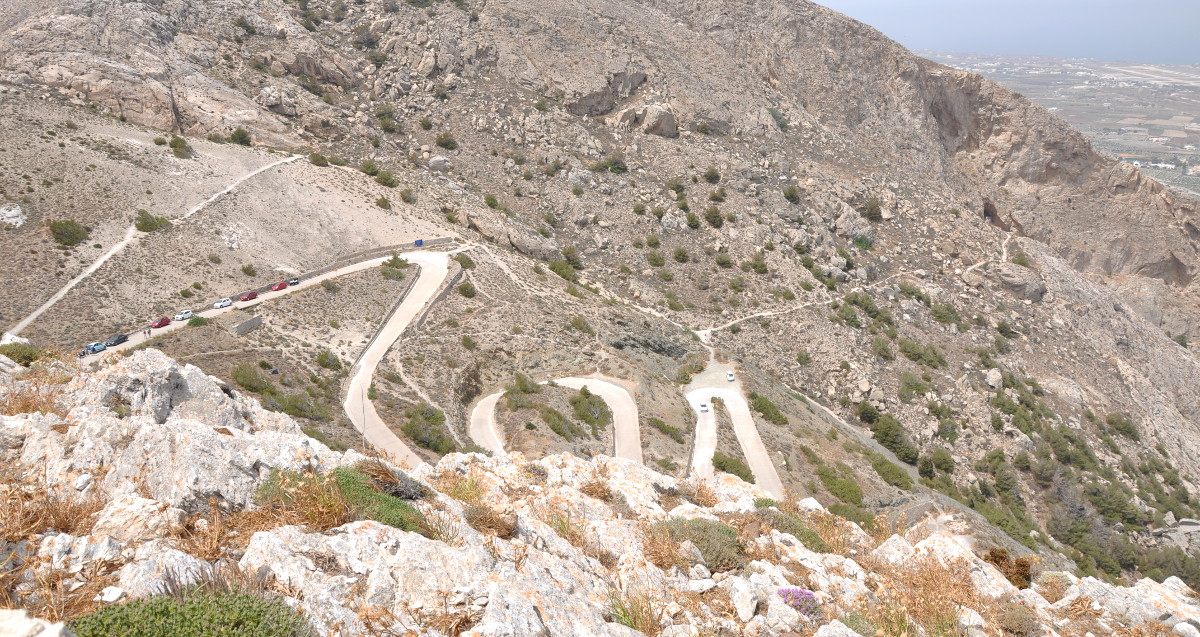 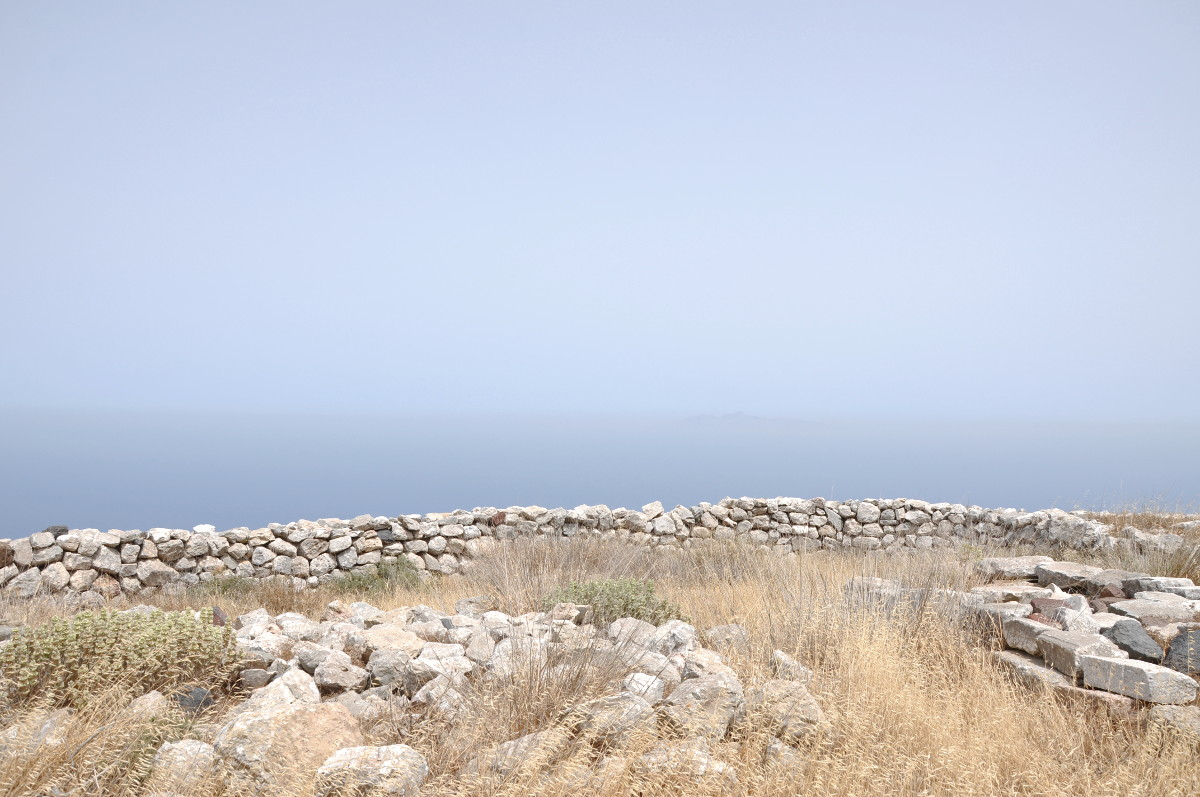 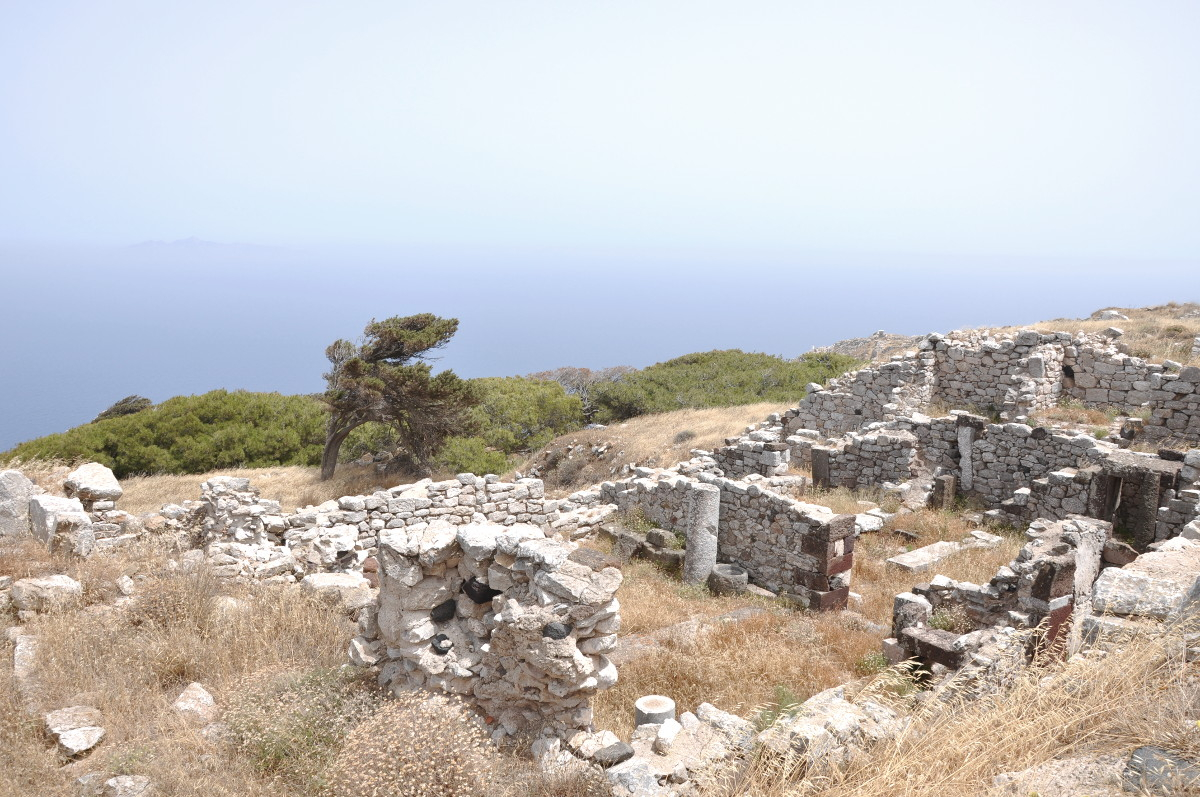 After the van dropped us, we still needed to climb certain stairs until we finally reached the top. The city was there! The place was roughly occupied from 9th century BC until 726 AD. But what largely remained today was built much later, primarily related to its Hellenistic golden age and subsequent developments. I guess I wouldn’t rumbling too much about its history, art or culture, as you should learn those once you get there.

It’s really an amazing place, vast, wild, half swallowed by nature. I loved wondering through the broken lanes, shattered walls, half erected poles and blurry inscription on the stones, trying to fantasize how it was once upon a time. The view of the sea, faraway island connecting to the sky, was surely stunning. I also loved to see the black beach down there, hugging the bay where the Kamari town is. It can be very windy though, so mind your hat if you are wearing any. Since there are no trees around, I do recommend a hat for sun protection. We kind of had a very hurried tour, as our time was running out. I wish I had a bit more time. 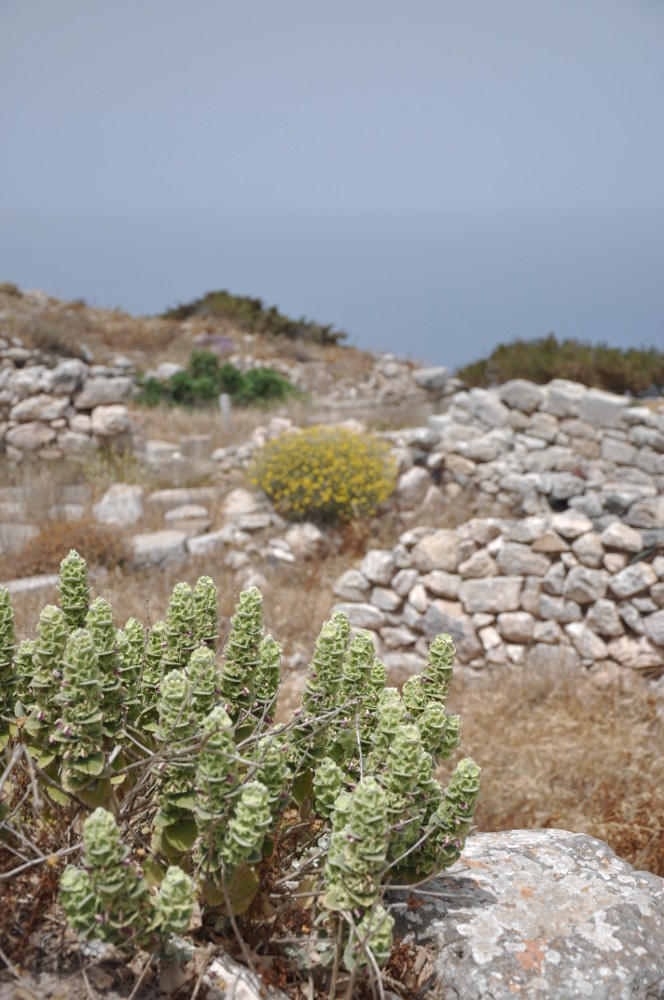 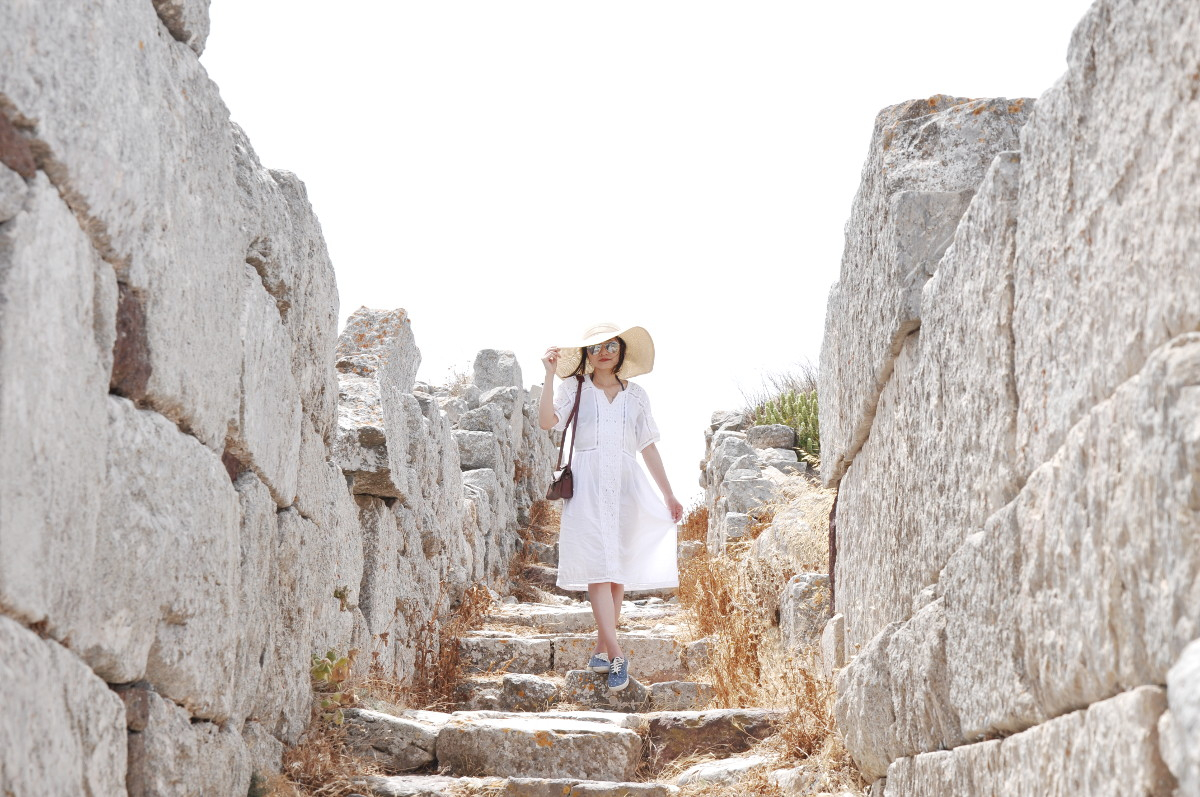 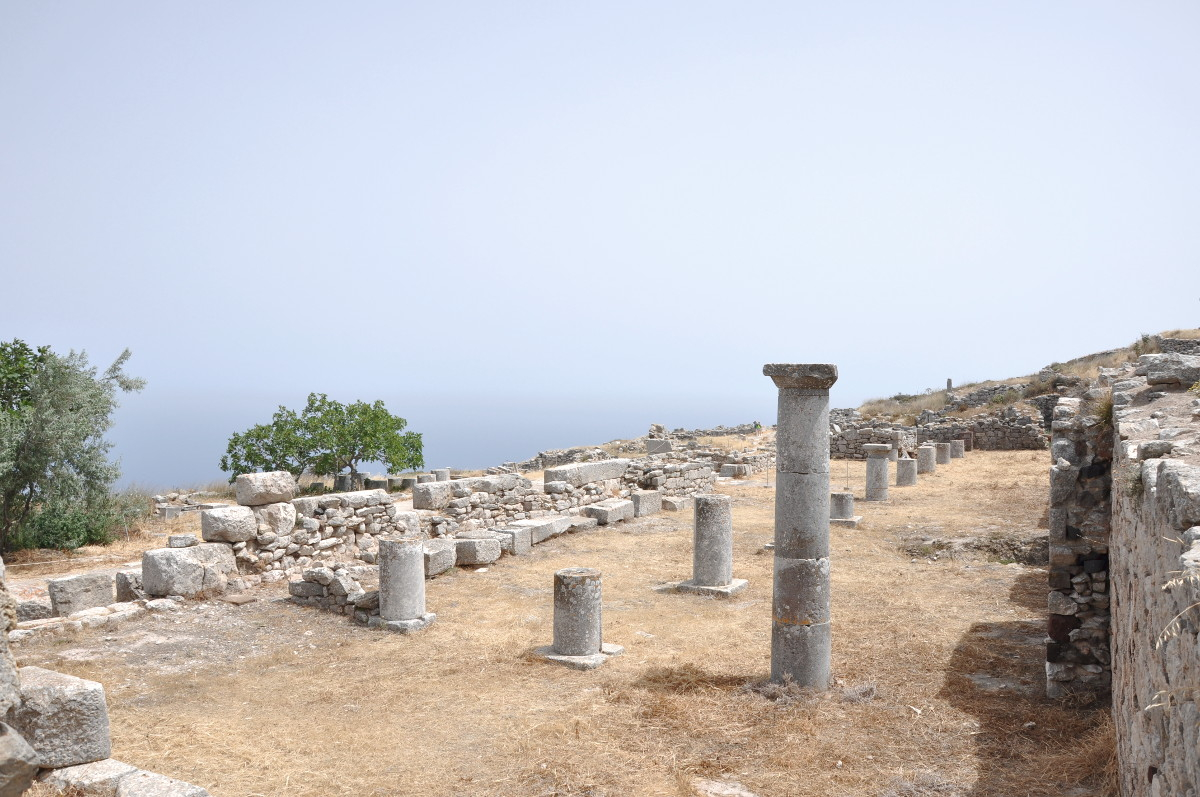 After we got back to the town, we decided to simply relax at the black beach. Compared to the red beach in Akrotiri, the business around black beach is more developed, with bars, restaurants and their beach chairs lining up neatly around the the coast. You can simply order some drinks and lie down there, read a book or sunbathe. Or you can go swimming. The water was a bit chilly so we didn’t do that, except to dip our feet in the waves. We ordered one of those fruit smoothies easily seen in Santorini, watched the time go by on one of the chairs.

Soon it started to rain a little and the raindrops brought muddy drops everywhere. Luckily it didn’t last long. Overall I would say it was a pleasant afternoon, only I wish I had a bit more time for the Ancient Thera. Perhaps we could even go down through the other side of the mountain to the town called Perissa. If you have more time consider this route, then you get to experience more of the mountain as well as two different seaside towns. Let me know it goes! 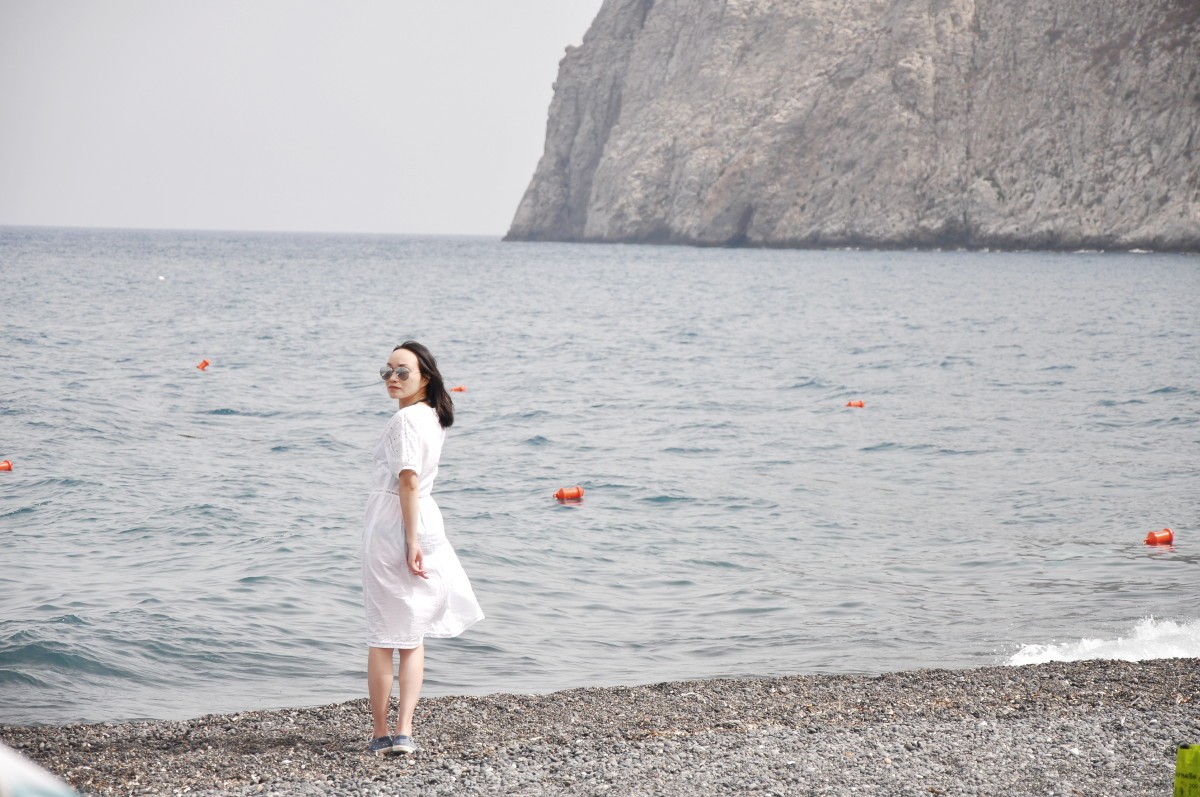 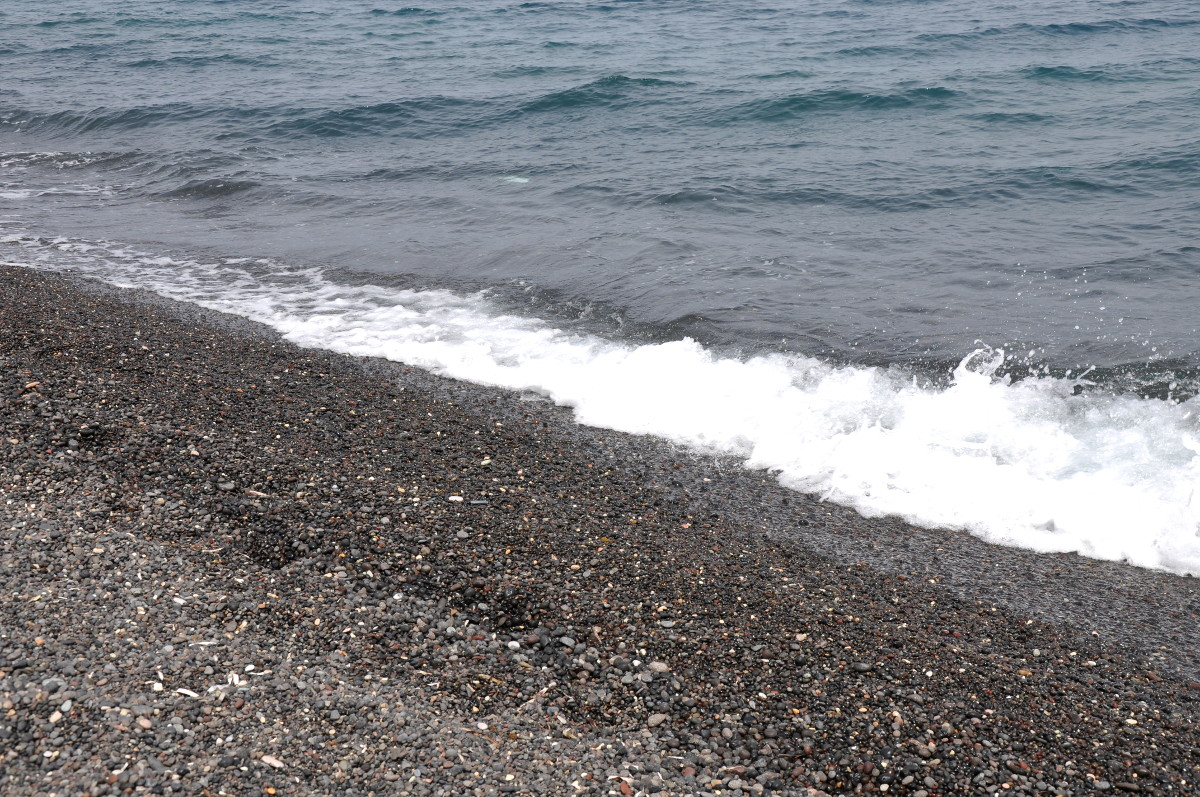 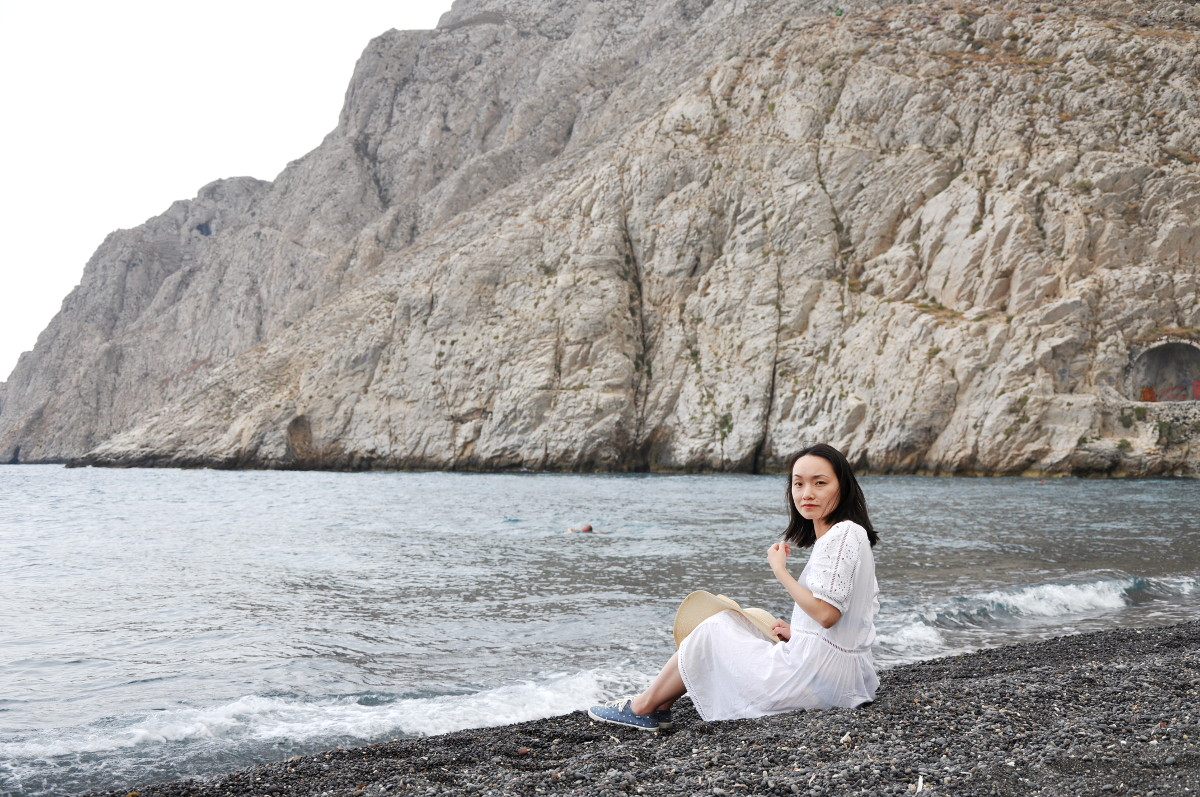