The perks of being Asian might be that you naturally sweat less and produce less body odor in general. I’m lucky to be one. Although, just to err on the side of caution, I do use deodorant after shower.

Speaking of shower, you might want to check my post on Water Only No Soap shower. I’ve been doing that until now and it worked quite well for me. After shower, I use Crystal Rock Deodorant immediately. 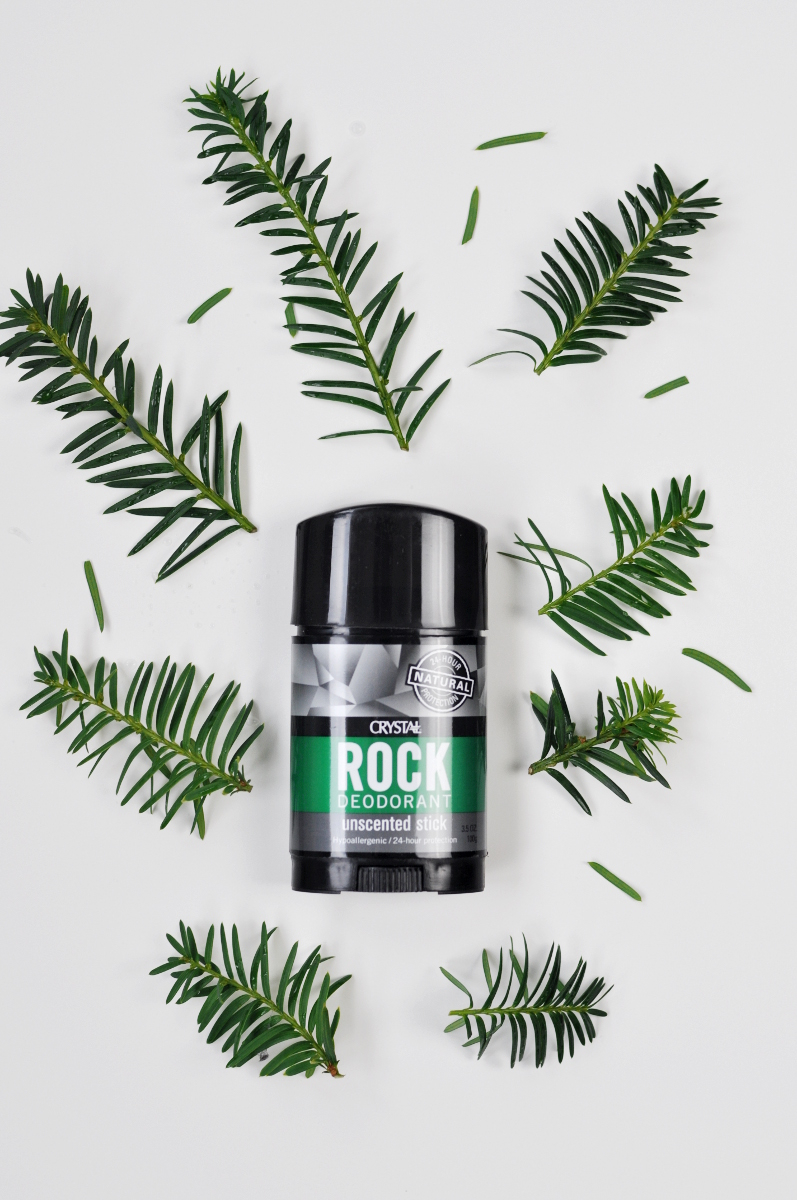 Transparent, and it doesn’t leave any residue.

Crystal Body Deodorant is made of natural mineral salts such as potassium alum which prevent body odor by creating an invisible protective barrier against odor-causing bacteria. It is fragrance free, non-sticky, non-staining, leaves no white residue.

VEGAN. NOT TESTED ON ANIMALS. NATURAL. 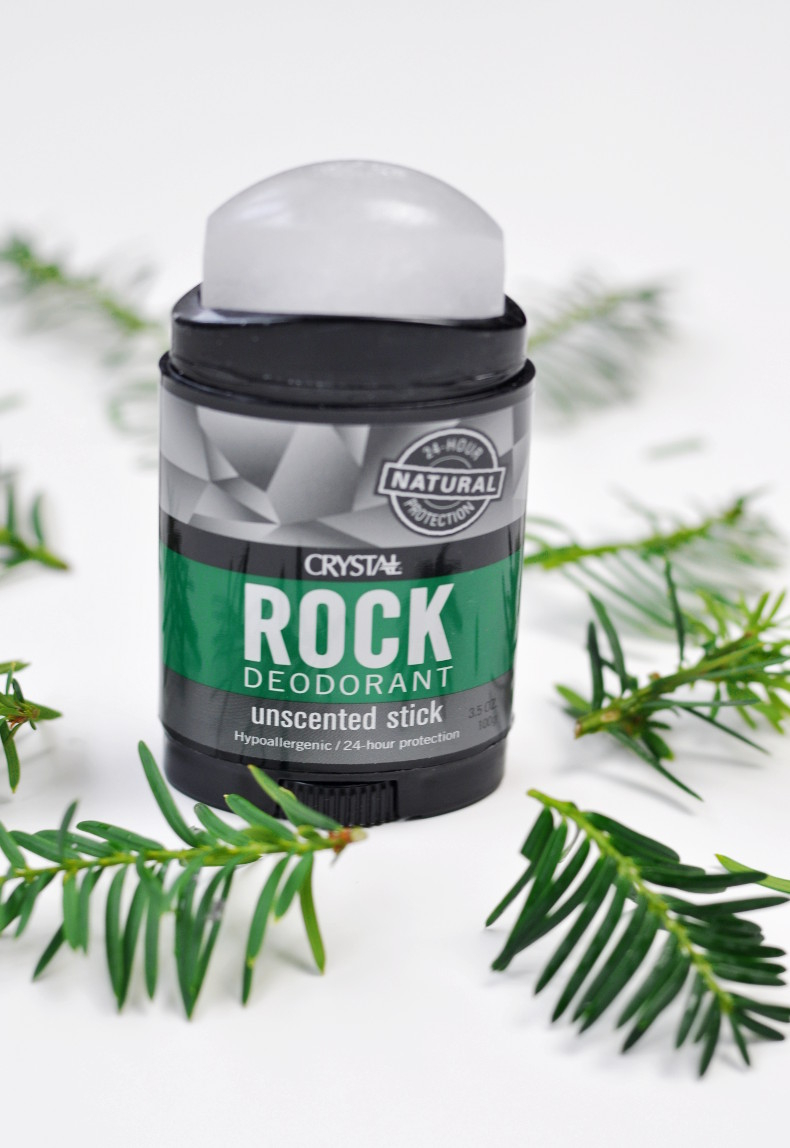 Moisten the top of the stone and smooth under arms or soles of feet. Must be applied to clean skin.

I personally quite like it. It says it can last for a year, that’s a lie. Because mine lasted MANY years. I used it once or twice a day, and after a few years my rock still has at least 90% remaining. I so want to use it up, lol! I love the fact that it’s scentless, so I can wear my favorite perfume without worrying the scent conflict. I also like the fact that it doesn’t prevent sweating. I like the natural approach of that. Aluminum Chlorohydrate, which is seen in many deodorant and antiperspirant has some link to cancer and it also tends to leave a yucky yellow residue on the armpit areas of your clothes. Avoid avoid!

Honey’s experience, however, is not as perfect as mine. One reason is that he sweats more than I do. If you sweat more, consider shaving your armpit so the mineral salt forms a nice layer just over your skin, instead of getting onto the hairs, which would be less effective. Of course, this might not be an option for everyone. Also, wearing an under t-shirt, such as Uniclq’s Airism series, can help wick off the extra sweat quickly, keep you cool and keep the area dry. Honey is very happy with the Airism under t-shirt, as he used to complain that using this deodorant would make his armpits embarrassing on the shirt if he sweats.

Remember: apply this on your CLEAN skin only. 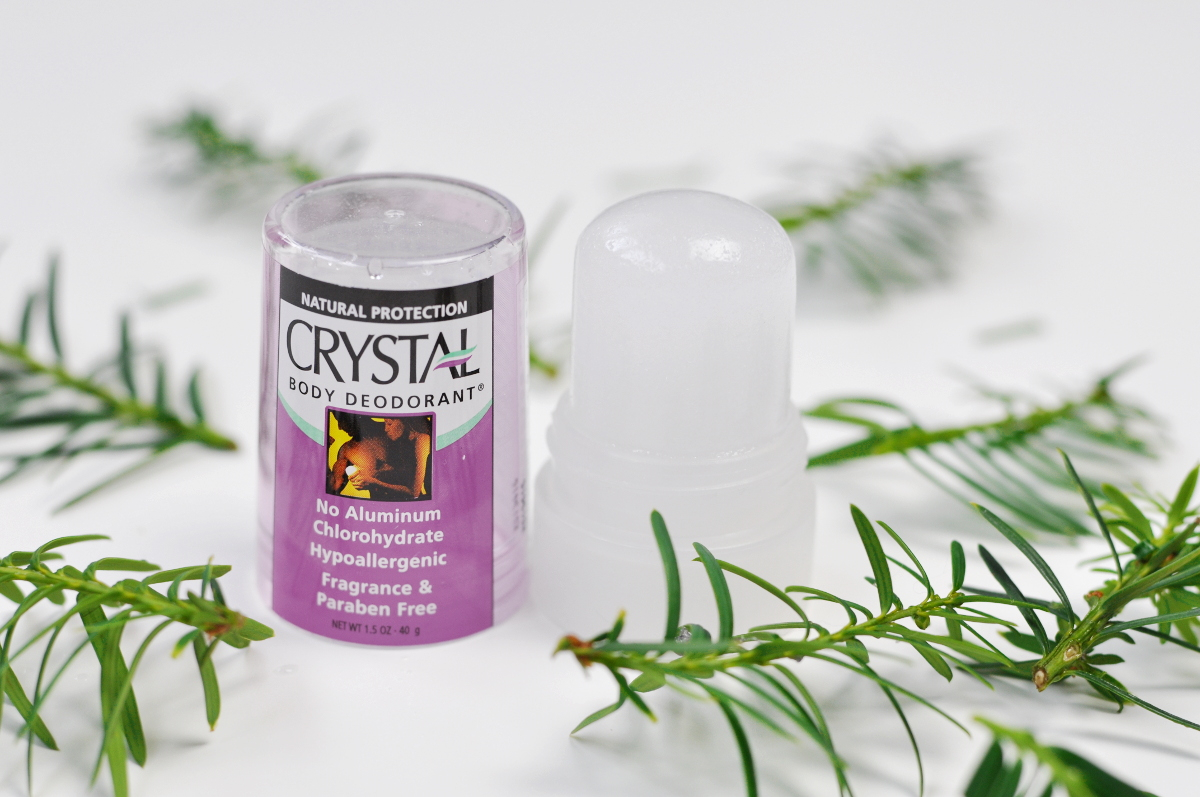 The original Crystal Rock Deodorant package is a bit kitsch. I personally don’t like it so much and I tear the outside layer off.

The wide stick has more modern design (the green one), and it’s easier to apply to bigger armpits. For guys I would strongly recommend buying this instead.

For traveling I prefer the tiny mini stick.

Crystal Rock Deodorant also comes in the ordinary roller-on version. Some people aren’t used to putting stick under water then applying on the armpits, the roller-on might provide a more conventional and comfortable way of usage. It does get used up more quickly than the hard rock stick. Honey has used this one before, but recently I found the wide stick and he switched to that instead.